These days, the smartphone industry is among the most dynamic and fastest growing markets. It was ruled by Nokia and companies like Sony and LG were some of the major players in the market around a few decades ago. Since the arrival of Apple and Samsung, they become the leading players in the smartphone market.

When Samsung and Apple are still the rulers, there are several other key players with the potential to rule the mid-range segments and leave behind these two tech giants. Have a look on the rundown of 5 leading smartphone brands in the world – The market share of the most popular smartphone brand in the world has seen a dip from 20.8% to 20.5% year on year, despite having positive reviews of the flagship Galaxy Note 8 and S9/S9+.

According to Gartner, mid-range smartphones launched by Samsung face tough competition from Chinese smartphone makers. Its growth will still remain under pressure in 2018, due to the unstoppable expansion and dominance of Chinese brands in Latin America and European markets. Thanks to the launch of iPhone X, Apple has seen a significant boost in market share, i.e. from 13.7% to 14.1% in the Q1 of 2018, when the company added some innovation finally in the following years of major updates. The overall sales of smartphone unit rose up to 4%. To keep going with the momentum, Samsung will call for yet another technological hike so users will constantly invest in replacement devices, as suggested by Gartner.

Despite having a huge demand for iPhone X over iPhone 8/8 Plus, the smartphone vendor has found it hard to drive huge smartphone replacements, which brought slower growth than expected in Q1 of 2018.

With complete focus on a premium range of devices, it’s time for Apple to raise the overall user experience significantly with its next generation of iPhone devices to boost replacements and bring huge growth in few years to come.

In April, Apple was reportedly working on curved screens and touch-less iPhones. The next generation of iPhones, which is alleged to be iPhone 11 or iPhone XI may launch by the end of the year. Despite the growing significance of Chinese giants, Apple and Samsung are still the rulers of the western world. But you can’t simply overlook the global market share of Chinese giants, especially Huawei, which grew from 9% to 10.5% in the first quarter, as global sales rose to 18.3%.

In the premium segment, Huawei has become the next big thing with the launch of Honor 10, P20 and P20 Pro. According to Gartner, the future growth of Huawei depends on its market share which is ramping up in the Asia Pacific region and eventually expanding its wings to the US market. At the same time, Xiaomi is also boosting its sales with 3.4% and its growth is recorded 124% on a year-on-year basis in the first quarter of 2017. Now it is 7.4% with innovative “Aggressive Pricing strategy”. According to Gartner, Xiaomi has achieved significant growth of 330% in the fastest-growing Asia Pacific region. Last but not the least, Oppo is also spreading its wings slowly by following the footsteps of other Chinese makers and its close sibling Vivo. In the Q1 of 2016, it has seen a growth of 145% in sales. Oppo also witnessed the growth in the Asian markets like Xiaomi and Huawei, along with other players like Lenovo, Vivo etc. With over 16,112,600 units sold in 2016, the smartphone sales of the company rose by 199% in the Asia Pacific region. 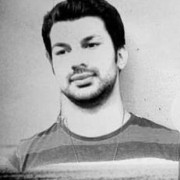